Known to his peers as August Darnell, the large-living, life-loving, zoot suit-clad frontman along with his glamorous trio of backing singers – Kid Creole and the Coconuts are back! Having dominated charts and dancefloors across the 1980s, which then preceded four decades of worldwide hits including ‘Stool Pigeon’, ‘Annie, I’m Not Your Daddy’ and ‘I’m a Wonderful Thing Baby’, this month sees the official launch of his record label 2C2C as well as brand new single ‘Checkin’ My Colonies’. 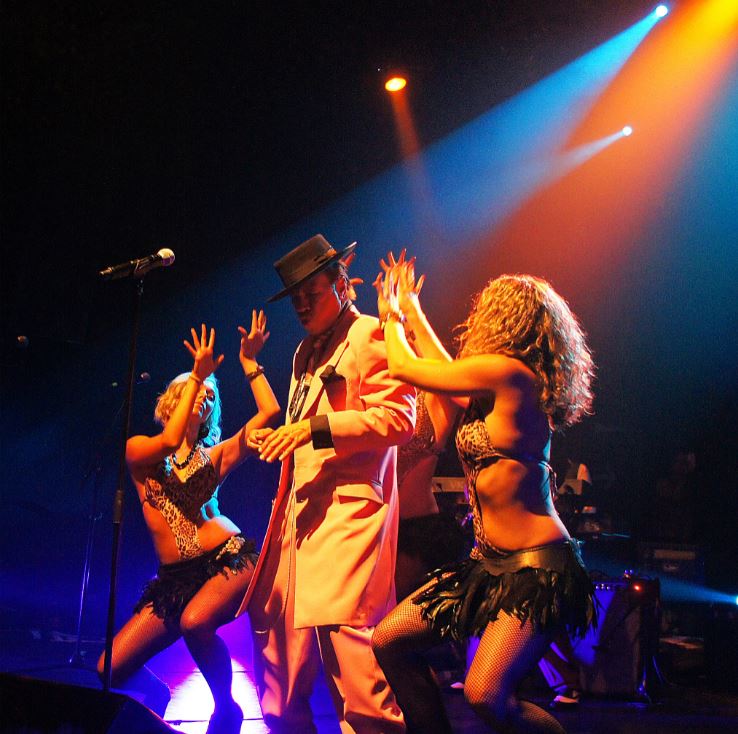 “When the industry exploded and physical copies of my great songs were no longer needed, I realised that the Record Company dinosaur was about to die again. That’s when I decided to be my own dinosaur. I called upon my songwriting partner, Peter Schott and my wife, Eva Tudor-Jones and convinced them to join me on a foolish adventure”

Short for ‘Too Cool to Conga’, the 2C2C label (formed in partnership with Mama Coconut and wife Eva Las Vegas) is on a mission to house any artist who refuses to be pigeon-holed. As Kid himself explains, “2C2C is all about new music that defies categorization. As we all know, all it takes is one HIT single to turn a new record company into an EMPIRE. That’s the dream. And I have always been a dreamer.”

As well as the September release of ‘Checkin’ My Colonies’ (produced by none other than Kid’s own son, Youngr), 2C2C is also spearheading the debut release of Schott Treatment. Headed by long-time collaborator and Coco-keyboardist Peter Schott, this EP and lead track ‘Being’ takes listeners on a journey through his fascination with movie soundtracks and classic noir cinema.

Not only is this site totally ad-free, icenofruit.com is run purely for the love of sharing new music! Any and all donations are greatly appreciated!