Since 2015, Otis McDonald has released 30 tracks as copyright free music exclusively through the YouTube audio library. These tracks have been downloaded over 3 million times, and appear in over 3.5 million videos all around the world with an astonishing total of 7.6 billion views.

Over the past 4 years, Otis has taken decisive action to see through an initiative that promises to revolutionise access to music and offer opportunities to more musicians than ever before. He has thrown out the rule book out of the window, allowing people around the world to not only access his music for free but to use it in any way they see fit.

While early tracks were released under real name, Joe Bagale, it was the creation of his song entitled ‘Otis McDonald’ – a homage to the sounds of Michael McDonald with elements reminiscent of ‘Strawberry Letter 23’ by Shuggie Otis – that saw his stage name came to fruition. This track ended up being used in a seven-second video from 2014, entitled ‘Anybody Afraid of Spiders?’, in which a girl had a spider crawl out of her mouth. The video, as well as his song, ended up going viral.

Of his latest material, ‘Body, Mind & Soul’ is the first release from his album ‘People Music’, released in October this year – one of ten tracks selected from a fifteen strong shortlist selected based on interactions from Otis’ 51,000 subscribers to his YouTube channel.

Otis further explains: “In the spirit of a choose your own adventure book, for this album I’ve decided to release 15 snippets of 15 brand new tracks over the course of 15 weeks. I’ll then pick the 10 tracks that have the most views and likes and comments and weave them together as a 10-track album. The fans pick the album and they’re a part of the process”.

He continues, “For the last 4 years, I’ve literally been building my followers by people spreading the word for me because the music gets featured in millions of videos. Now that people are listening, I was able to engage with them by getting those very same people involved in helping me assemble an album. The coolest thing about this path is that the people are the ones that are deciding whether or not to listen to it, or to share it, or to engage with my channel.”

YouTube was, and still is, the largest streaming platform in the world. It is also a hub of influence as various personalities compete for attention through self-made engaging content. With issues of copyright being as prevalent as ever, the diversity of resources available left a near-open market for a musician looking to become known through less conventional means. 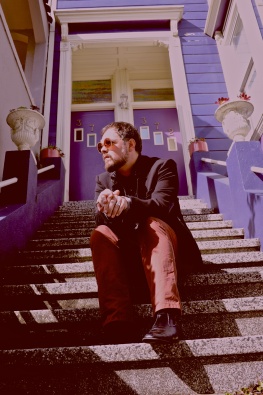 “My thought was it would be in my best interest to make the music as great as possible. If the music was cool, then people would use it in their videos. If I played my cards right, some of the people who were seeing these videos would maybe check out the full tracks. That’s when I realized that I could utilize this platform to create a career as a recording artist.”

Otis grew up in Rochester, New York as the youngest son of a father who taught music theory, recording and compositions at highschools and had built a home studio. He and his brothers would grow up surrounded by music and be nurtured as multi-instrumentalists.

“I’m the youngest of the family, so I was the sponge growing up. I learned all the different music my brothers and parents were listening to and I began playing instruments because I wanted to keep up with everyone. By the time I was 12, I started my first band and began booking us gigs where ever people would let us play. I knew then that I wanted to be writing, recording and performing music for the rest of my life.”

Otis then went on to study jazz drum set at the Eastman School of Music before taking a leave of absence in 2003 when he moved to San Francisco. Following a stint working serving tables in a restaurant to earn his own recording equipment, he has made a living teaching, performing, writing and recording music for the past 14 years. 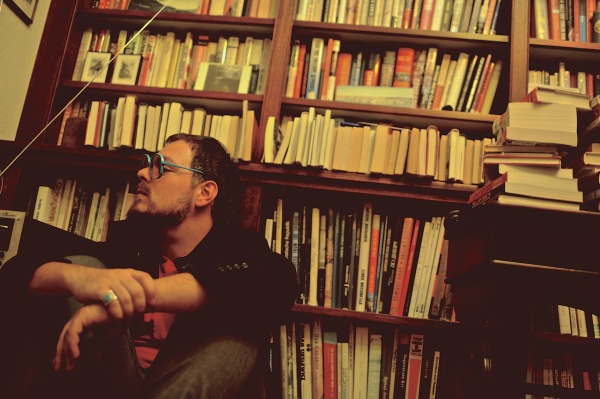 With a sound that remains fresh while tangibly rooted in nostalgia, ‘Otis McDonald’ started out as a studio project, developed over a 3 month period with Bagale writing short snippets of music, playing all of the instruments, sampling those, adding more instruments and eventually creating entirely new songs.

“The experiment was the idea of using sampling technology as a way to help inform a composition. I had never made hiphop beats before, but I was a serious fan of hiphop. So I thought it would be cool to make my own samples by writing and recording about 30 seconds of music every day. Then I’d throw that music into a sampler, speed it up or slow it down, and then I could find a new sequence of music to build more tracks around.”

The question of whether marketing a record in this manner can be used a blanket template for success remains to be seen. For Otis, it seems that setting a trend for others to follow is rooted more in the fascination of how music brings us together, levelling a barrier that exists between artist and audience to produce something we can all enjoy:

“We shouldn’t punish people for using songs in a non-commercial way. The point is for the music get heard. That’s the value. At least it is for me. No record label, radio station or major network has near as much influential power as these streaming platforms. That’s because the people that use these services are the ones in charge. That’s why I called the album ‘People Music.’”